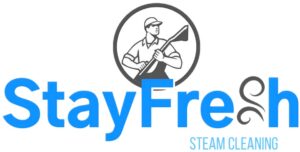 Foul smells in a building are typically caused by the presence of bacteria left to breed through either infrequent or inadequate cleaning procedures — possibly both.
Although odor problems can be prevalent in any area of a building, there are certain spots that tend to have more odor issues than others — primarily restrooms and break rooms.
Odors can be masked, but janitors, custodians, and housekeeping personnel should strive to keep in mind that freshening the air is only a temporary solution that can actually make matters worse. Masking air fresheners can combine with smells already present and result in an even more offensive odor than before.
Making the air smell nice only masks the odors rather than addressing the root of the problem: growth of bacteria. As experts in deodorization, Stay Fresh Steam Cleaning professionals are trained to identify and eliminate offensive odors. That’s why we provide the commercial odor removal San Antonio businesses trust.
Whether it’s a medical exam room, dorm room, veterinary office, industrial kitchen, locker room, hotel room, or cubical, fighting odors on a commercial level is a tough job. For strong commercial odors, you need a strong commercial odor remover. Your local Stay Fresh Steam Cleaning professionals have the training and equipment to identify and eliminate these offensive odors. By identifying the cause of the odor and determining the conditions in which it contacts any surfaces, the odor can often be removed over time without a trace.

Our proprietary commercial odor removal San Antonio system and Stay Fresh Steam Cleaning products get to the source of the odor and completely eliminate it safely and effectively on any surface. From desk chairs to carpeted areas, Stay Fresh Steam Cleaning products are powerful enough to remove the most pervasive odors. A the same time, these products are safe enough for use in businesses with customers, employees, students, patients, and animals. A clean and odor-free environment is extremely important for today’s businesses because, when it comes down to it, people are reluctant to go someplace they feel uncomfortable. With all of the social networks and reviews online, you must always stay one step ahead of the game to continue to stay on top. In this merciless word-of-mouth world, you cannot afford to risk a bad review due to uncleanliness and foul odors.
We completely eliminate offensive odors like smoke, musty mildew, animal odor, body odor, urine, blood, feces, sewage, garbage, uncleanly smells, industrial garbage cans, and rotting food. We have the tool to keep you covered. Stay Fresh Steam Cleaning wants to help you stay on top with our commercial-grade professional products to keep you doing business and smelling fresh and odor-free.

First things first: the sooner you get a cleaning crew in, the better. If you identify a bad smell that you know is beyond your capacity, call Stay Fresh Steam Cleaning today to take a look and give you an estimate ASAP to take action before the smell has a chance to settle in. During our odor removal cleaning process, we use industrial-grade cleaning products to assure all the particles/compounds that make these odors are neutralized. When the cleaning is finished, your business may require additional treatment for odors, depending on the type of fogging or ozone treatment utilized. Thermal fogging and ozone treatment are two of the proven techniques in the restoration industry that eliminate odors originating from water, fire, and mold and mildew damage.
​​
WHAT IS OZONE?
In the outdoors, nature eliminates odors and microorganisms using both UV light and O3. Nature creates O3 as a natural cleaner during thunderstorms and also from sunlight striking the earth’s atmosphere.
For example, we’ve all taken a walk after a thunderstorm and experienced the clean, fresh smell in the air. That’s O3 — or ozone — at work. Normal oxygen (O2) is converted to O3, which is commonly called ozone. It reverts back to O2 in about an hour if the O3 is unused. This leaves the air fresh and clean because the source of the odor has been permanently removed.

WHAT IS THERMAL FOGGING?
In instances such as fire damage, heated air expands and drives odor-causing smoke particles into cracks, crevices, and other hidden areas such as ductwork. Thermal fogging mimics this process by expanding a water-based thermal fogging agent into those same areas. Molecules of water-based thermal fogging agents attach themselves to the odor-causing smoke particles and inhibit their ability to release pungent gases. Odors are permanently eliminated, virtually on contact.